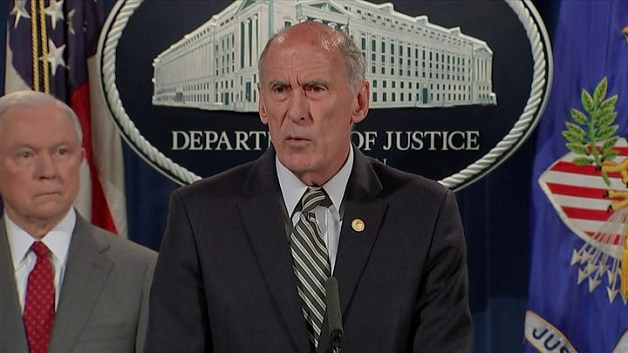 US Attorney General Jeff Sessions has announced four people have been charged over leaks as he launched a crackdown on disclosure of classified material.

America’s top prosecutor said the administration has tripled the number of active leak probes since January.

At today’s news conference, Mr. Sessions said no government can be effective when its leaders cannot talk freely in confidence with foreign leaders.

According to BBC News, he said there had been a “dramatic” increase in recent months of unauthorised disclosures to the media and even foreign adversaries.

President Donald Trump has criticised Mr. Sessions for not dealing with leaks.