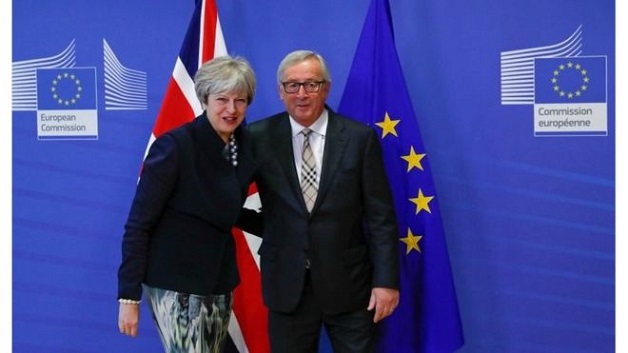 There are increasing indications that an agreement on the first phase of Brexit talks is about to be struck.

EU Council president Donald Tusk said he was “encouraged by progress” and a deal on Ireland, the “divorce bill” and citizens’ rights was “getting closer”.

Theresa May is meeting EU figures in an attempt to finalise the deal ahead of a summit in 10 days’ time.

Belgian Member of the European Parliament (MEP) Philippe Lamberts told the BBC’s Laura Kuenssberg that the UK had made a concession on the Irish border.

The BBC’s political editor said Mr. Lamberts had said the UK was prepared to accept that Northern Ireland may remain in the EU’s customs union and single market in all but name. But, she stressed, the BBC has not seen the draft document nor has it been signed off.