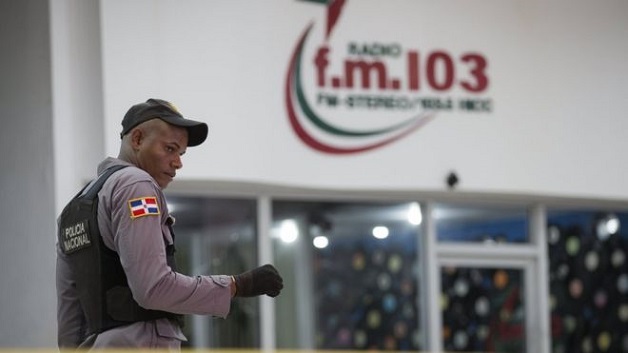 Three men have been arrested after two journalists were killed during a live radio broadcast in the Dominican Republic.

According to BBC News, one of the journalists was filming his show on Facebook Live when he was shot.

The footage showed his broadcast interrupted by gunfire and a panicked woman shouting “Shots! Shots! Shots!”

A woman was also injured and is undergoing surgery, according to authorities.

The arrested men have not been charged and police say they do not know the motive.

“The investigations have begun and we will try, with all the means in our powers, to reach the truth,” Attorney General Jean Rodriguez told the local press.