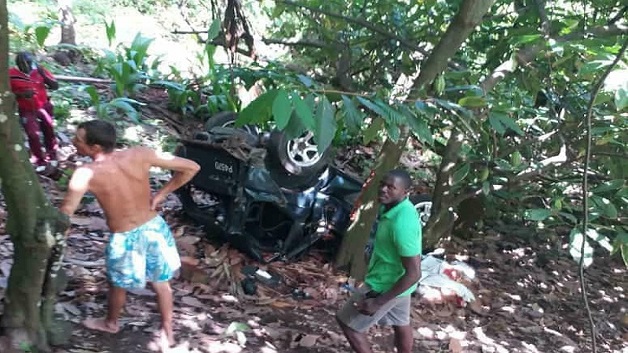 Police have launched an investigation into an incident that occurred in the community of Gordon Yard, in North Leeward, resulting in the death of two persons.

The accident is said to have occurred at about 9.30am, yesterday, after the driver of a Suzuki Escudo reportedly lost control and went over an embankment.

The victims have been identified as Frank Simon and Laverne Young.

They were reportedly on their way to a Spiritual Baptist event in Chateaubelair.