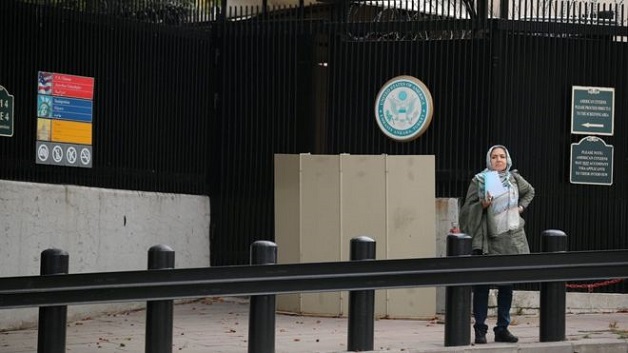 Turkey has issued an arrest warrant for a US consulate worker, the second in a week, media reports say.

The detention of a member of staff, a Turkish national, in Istanbul last week triggered a diplomatic row, prompting both sides to halt most visa services.

According to BBC News, the first worker was held over alleged links to a cleric blamed for the failed 2016 Turkish coup, but no reason has been given for the latest warrant.

The row has driven down Turkey’s currency and stocks.

Turkey has asked Washington to review its decision to suspend all non-immigrant visa services, taken yesterday in response to last week’s arrest.