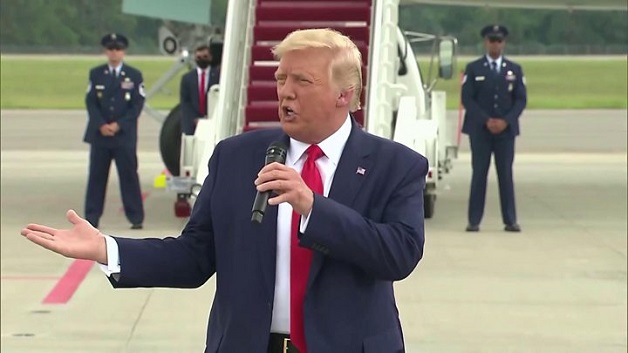 US President Donald Trump has said Sudan will come off a list of state sponsors of terror if it pays compensation of $335 million.

Sudanese Prime Minister Abdalla Hamdok responded by saying the funds had been transferred but there was no immediate US confirmation.

Sudan has been listed since 1993 when al-Qaeda leader Osama Bin Laden lived there as a guest of the government.

The compensation relates to al-Qaeda’s 1998 bombing of US embassies in Africa.

The attacks in Tanzania and Kenya killed more than 220 people and the compensation money is to be paid to “US terror victims and families”, Mr. Trump said.