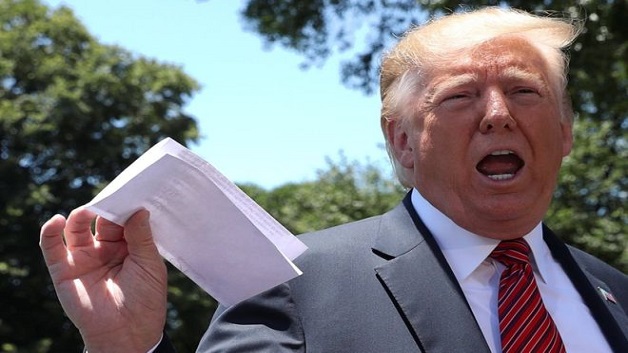 US President Donald Trump has inadvertently revealed some details of his immigration deal with Mexico.

According to a report by Al Jazeera News – Trump refused to discuss the plans with reporters, saying they were “secret”.

But he said this while waving around a sheet of paper that had the specifics of the deal written on it – which was then photographed by news media.

President Trump made tightening the border with Mexico a major campaign pledge and the agreement averted his threat to impose tariffs on Mexico.

The document suggested that Mexico had agreed to a deadline by which it had to show its efforts at halting the movement of migrants had worked.

Schools to possibly open next Monday says Minister of Education