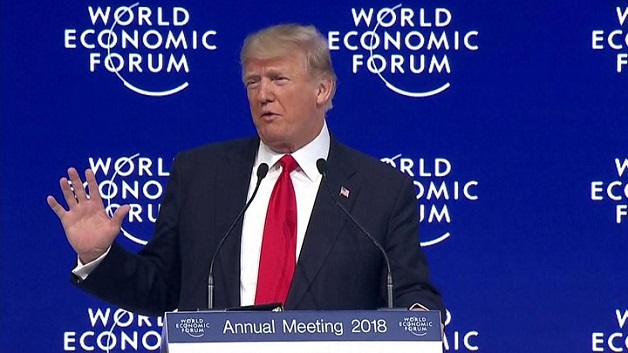 President Donald Trump has launched a fierce attack on “predatory” trade practices, warning trading partners at the World Economic Forum in Davos, Switzerland that the US will not tolerate unfair trade.

He said these predatory practices were distorting markets and the US “will no longer turn a blind eye”.

Mr. Trump said he would always put the US first when it came to trade, but “that does not mean America alone”.

“The US is open for business,” he told the world’s finance leaders.

According to BBC News, correspondents say his America First policy seems to be in contradiction to the conference’s aim to promote globalisation and co-operation.