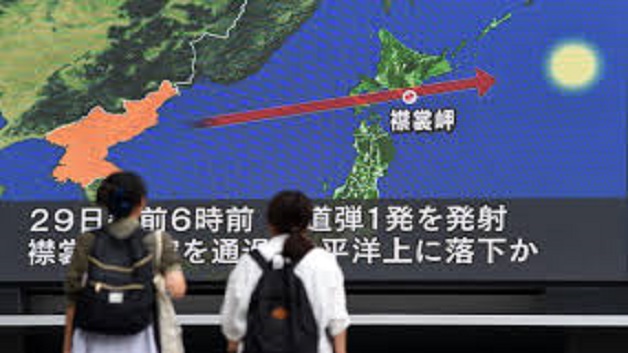 US President Donald Trump has warned that “all options are on the table” after North Korea launched a missile over Japan early today.

The missile was fired just before 6am in Japan, where the launch set off warnings in the northern part of the country urging people to seek shelter.

“The world has received North Korea’s latest message loud and clear,” Trump said in a statement, according to CNN News.

“This regime has signaled its contempt for its neighbors, for all members of the United Nations, and for minimum standards of acceptable international behavior,” he added.