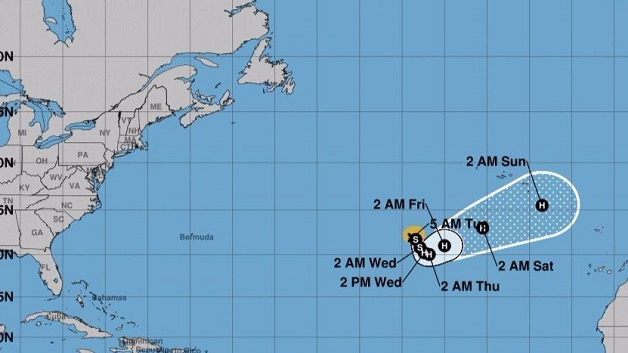 Caribbean countries, already battered by two hurricanes in the 2017 Atlantic hurricane season, are keeping an eye on Tropical Storm Ophelia that is expected to become a hurricane as early as Wednesday.

According to the Miami-based National Hurricane Centre (NHC) the storm, which is located at 7,090 miles, west south west of the Azores, is packing winds of 50 miles per hour.

“Gradual strengthening is forecast, and Ophelia is expected to become a hurricane by Wednesday,” the NHC said, noting that there are no coastal watches or warnings in effect.

In its 5:00 am bulletin, the NHC said that the centre of Tropical Storm Ophelia was located near latitude 31.9 North, longitude 38.8 West.

Ophelia is moving toward the southeast near 3 miles per hour and this general motion is expected to continue during the next day or two.