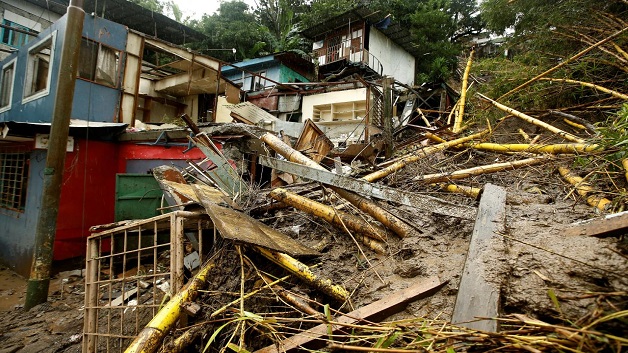 Tropical Storm Nate has killed at least 22 people in Costa Rica, Nicaragua and Honduras as it heads north towards Mexico and the United States.

A state of emergency has been declared in the Central American nations, where more than 20 people are missing.

In Costa Rica, nearly 400,000 people are without running water and thousands are sleeping in shelters.

At least eight people have died in the storm there, while another 11 were killed when it moved north and reached Nicaragua, where as much as 15 inches of rain had been predicted to fall by the US’s National Hurricane Center.

Three people have been killed in Honduras, including two youths who drowned in a river, and several are reported missing.

One man was also reportedly killed in a mudslide in El Salvador, according to emergency services.

Digicel and Machel Montano’s Music Academy gets thumbs up

LIAT Due For Shakeup