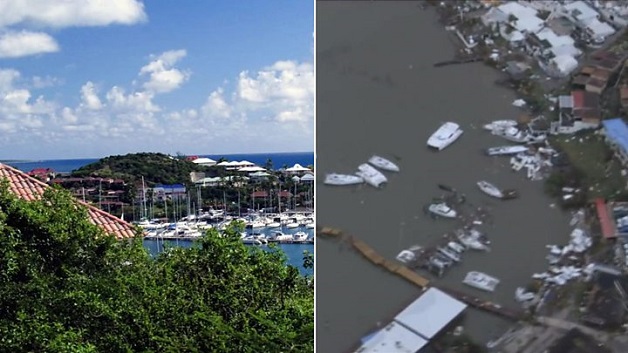 The Netherlands is sending more forces to contain “serious” post-storm looting on the island of St. Martin as Hurricane Irma leaves a trail of destruction.

Prime Minister Mark Rutte said more soldiers and police would be deployed amid reports of people with guns and machetes roaming the streets of the island which is shared between France and the Netherlands.

Nine people are now known to have been killed and seven are missing in the French territories of St. Barthelemy and St. Martin, French Interior Minister Bernard Collomb said.

Damage to property on St. Martin is extensive with rooftops shredded, boats ripped to pieces and electricity pylons overturned. Most of the island’s 80,000 residents have lost their homes.

The French government said two-thirds of houses on the island have been left uninhabitable, with no electricity, drinking water or gasoline available. It too is sending navy frigates, planes and helicopters.

The storm has recently pummelled the Turks and Caicos Islands – a British overseas territory which has experienced a top-rated category five hurricane for the first time.

It is now hitting Cuba and the Bahamas. Some 500,000 people were told to leave south Florida ahead of its arrival there on Sunday.

The UK has declared an emergency in the Virgin Islands and had deployed troops in its Overseas Territory of Anguilla, which has also suffered extensive damage.