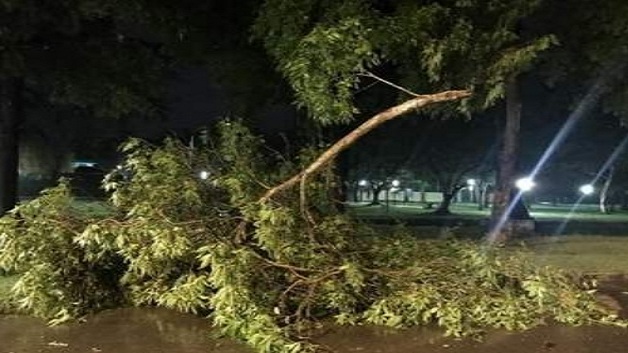 Trinidad and Tobago was mopping up today after being spared the full brunt of Tropical Storm Bret, the first named weather system of the 2017 Atlantic hurricane season.

Bret made its way through the twin island republic late last night into today.

The Office of Disaster Preparedness and Management (ODPM) said there were no reports of injuries but that several properties, mainly in the eastern and northern section of Trinidad as well as in Tobago, had been affected by the storm’s passage.

Head of the ODPM, Captain Neville Wint, confirmed that at least 27 patients at the St. Ann’s Hospital on the outskirts of the capital had to be evacuated to another part of the building after the roof was blown away.

In many other instances, the ODPM reported that trees and roofs were blown away by the storm.

In Tobago, a family was rescued by disaster preparedness officials after a tree fell on their home.

Schools, banks, as well as some commercial businesses remained closed today, but commercial flights were expected to resume today after both the Piarco International Airport in Trinidad and the ANR Robinson Airport in Tobago re-opened.

US government lurching towards a shutdown