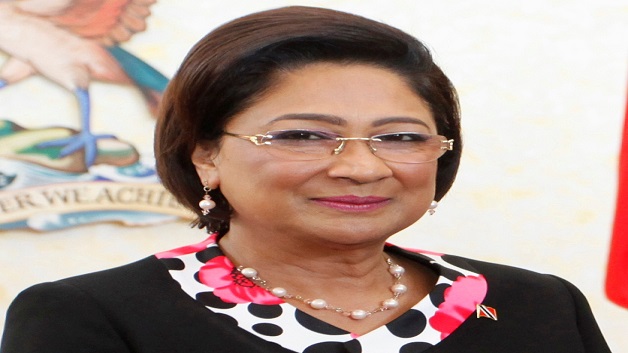 Affixing four signatures to the nomination form were Opposition Leader Kamla Persad-Bissessar and Members of Parliament (MPs) Dr. Roodal Moonilal, David Lee and Prakash Ramadhar at the Office of the Prime Minister.

Twelve signatures were required on the form.

The Electoral College, which is made up of all the elected members of Parliament and Senate, will meet on January 19 to take a vote for a new President.

According to the Trinidad Express, Persad- Bissessar said once the nomination was unopposed “there will be no vote and the President will be declared as duly elected under the Constitution. As of now, Madam Justice Weekes is the President-designate of T&T.”

Kanye West and Kim Kardashian are expecting a boy