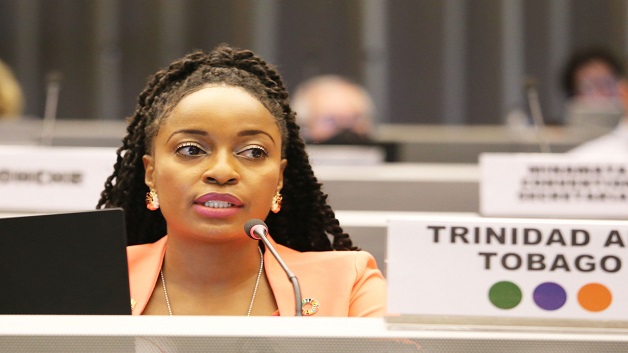 Trinidad and Tobago has made history for the Caribbean once again.

Keima Gardiner, Waste Management Specialist at the Ministry of Planning and Development has been elected as the President of the Bureau of the Conference of the Parties (COP) to the United Nations’ (UN’s) Stockholm Convention on Persistent Organic Pollutants (POPs).

Gardiner is the first representative from the Caribbean region to ever serve in such a post since the Convention’s entry into force nearly two decades ago in 2004.

She has been Trinidad and Tobago’s lead negotiator on chemicals and waste since 2014, serving as the Head of Delegation for Trinidad and Tobago at the last five meetings of the COPs to the Basel, Rotterdam and Stockholm Conventions.

The Group of Latin American and the Caribbean (GRULAC) vested the confidence in Gardiner to serve as President by nominating her as the representative for the region, and she was subsequently elected by the 157 Parties of the Stockholm Convention in attendance at the last Meetings of the COPs.