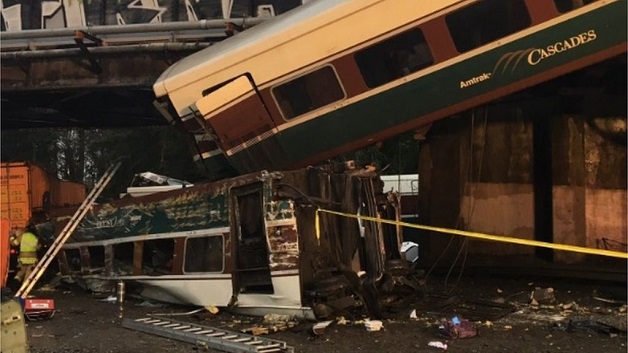 Two train carriages have plummeted on to a motorway in Washington state leaving a number of casualties.

The train derailed and the carriages fell on to the I-5 highway below.

According to BBC News, images from the scene show emergency services treating people on the ground. Amtrak confirmed there had been injuries.

Several cars on the highway were struck by the derailed carriages, the Pierce County Sheriff’s department says.

There are multiple injured motorists, it added.

US news stations report that this was the inaugural run of the new high-speed rail line.

The crash occurred about 45 minutes into train 501’s journey between Portland and Seattle.

Before the crash, it was travelling at more than 80miles per hour, with at least 75 people aboard.

The National Transportation Safety Board is investigating.

Students to be acknowledged when the Ministry of Education hosts the 2016 National Awards...