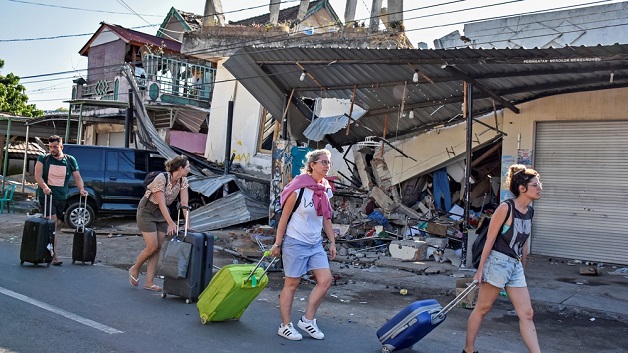 Tourists fled the Indonesian island of Lombok today after a magnitude-6.9 earthquake killed at least 98 people – a death toll expected to rise.

More than 200 people were seriously injured in yesterday’s shallow quake as rescue workers scrambled to reach survivors in remote areas.

A National Disaster Mitigation Agency spokesman said the damage was “massive” in northern Lombok. In several districts, more than half of homes were destroyed or severely damaged.

He said the death toll will “definitely increase”, adding more than 20,000 people had been displaced.

The VAT Bill to receive its first reading, during Sitting of Parliament