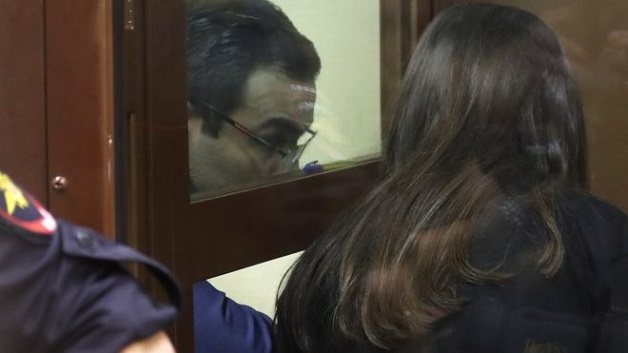 Russian police are holding three teenage sisters accused of having stabbed their father to death in a Moscow apartment block.

The Khachaturyan sisters, aged 17, 18 and 19, have confessed to the murder, Russian media report. They say their father Mikhail tormented them.

The sisters are quoted as saying he stopped them studying, threatened them with weapons and kept them like slaves.

They are in custody until September 28.

The body of their 57-year-old father was found on July 27 with about 40 knife wounds, Russia’s Vesti news website reports. His body was lying in the hallway of an apartment block.

According to BBC News, investigators believe the 17-year-old, Maria, stabbed him about 35 times while her sisters – Angelina (18) and Kristina (19) – struck his head repeatedly with a hammer and squirted pepper spray in his face.

If found guilty the sisters face long prison sentences – but not life.