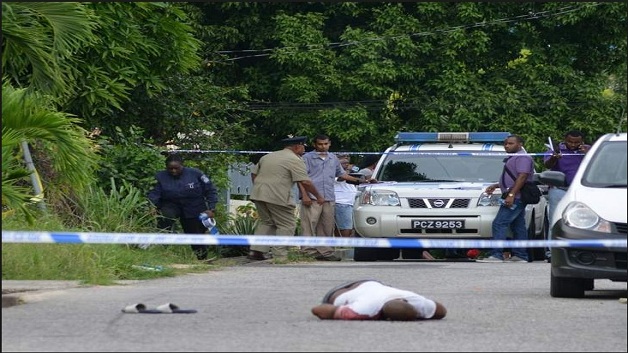 As most of the country was preparing for effects of Tropical storm Bret, three men were murdered in a shooting in Laventille, Trinidad last night.

According to reports, shortly after 6pm police received a report of a shooting at an apartment building near to the basketball court at John John, Laventille.

According to the Trinidad Guardian, police found the three victims lying in a corridor to an exit of building. All three were shot several times and were pronounced dead on the scene by a District Medical Officer.

The sneakers of the victims were missing.

Police had not identified the victims up to late yesterday but said that it was likely gang-related based on the circumstances.

Autopsies are expected to be performed on the victim’s bodies today.

The three murders raised the murder toll for the year to 222.