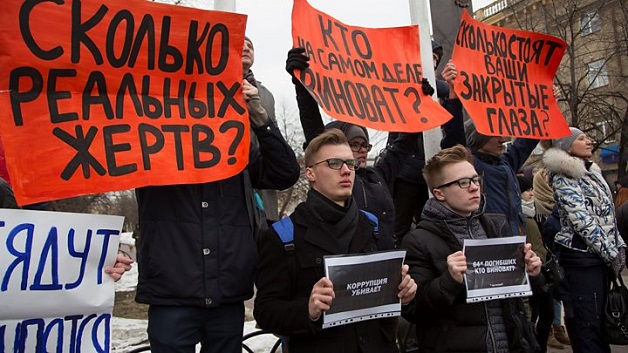 Thousands of people have protested in the Siberian city of Kemerovo, angry at Russian officials over the leisure complex fire that killed at least 64 people, 41 of them children.

Relatives say dozens of people – including children – are still missing.

According to BBC News, investigators say the fire alarm was switched off and exits blocked. Four people have been charged.

Another detained suspect – a guard from a private security firm – will be charged shortly, Russia’s Investigative Committee says.

A national day of mourning is being observed today.