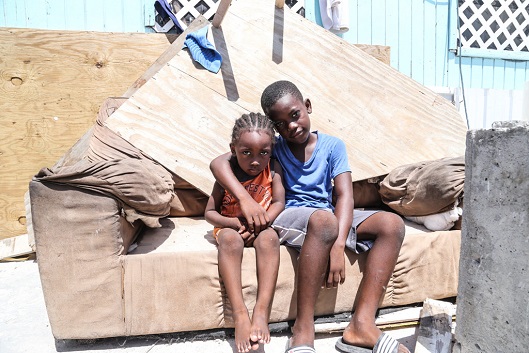 “Even before the hurricanes hit, UNICEF was on the ground, working with governments and local partners to prepare communities and preposition humanitarian supplies for the areas at highest risk” said Maria Cristina Perceval, UNICEF regional director for Latin America and the Caribbean.

“These included life-saving supplies that were most needed during the immediate response when access to clean water, shelter and basic social services were scarce,” she added.

Irma, the most powerful hurricane ever recorded in the Atlantic Ocean, caused extensive damage to the islands of the Eastern Caribbean, Haiti and Cuba.

Hurricane Maria then wrought additional damage across the region, with UNICEF estimating that, together, they left 350,000 children in need of humanitarian assistance.

“Three months on, UNICEF is still on the ground in these countries and territories, working on programmes to support children and families in rebuilding their lives and returning to a sense of normalcy,” Perceval said.

She noted, however, that challenges remain, with many of the most vulnerable families still feeling the effects of the storms.

Over 35 per cent of Dominica’s children – particularly those in shelters – are still not enrolled in education activities, while in Antigua many families from Barbuda remain in shelters, unable to return home.