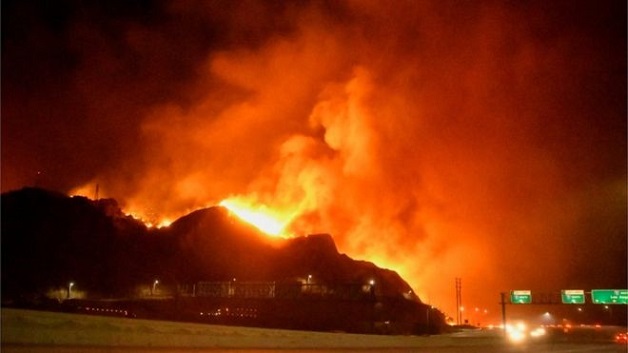 The Saddle-ridge fire has led to a mandatory evacuation for 12,700 homes, some of which have been destroyed.

A bin lorry that dumped burning rubbish sparked another wildfire on Thursday east of LA.

The state’s largest utility this week pulled the plug on at least 700,000 customers to prevent wildfires sparked by windblown power lines

No injuries have been reported so far in the Saddle-ridge fire, which was fuelled by gusty winds, warm temperatures and low humidity.

According to the Los Angeles Fire Department of early Friday morning – the Saddle-ridge fire was zero per cent contained, Two major highways have been closed due to the flames.

Permanent Secretary in the Ministry of Health says Cervical Cancer Awareness is a public...