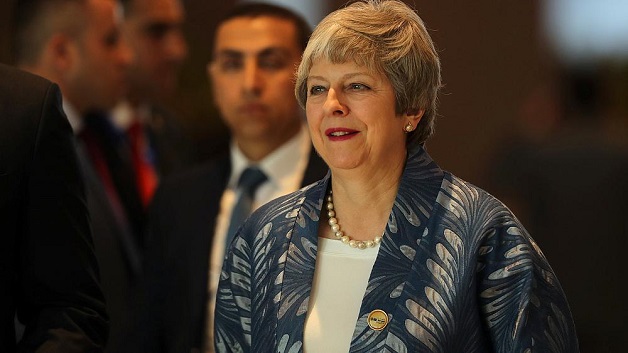 Theresa May is facing growing calls to say she would delay Brexit rather than leave the EU if no deal is in place by the end of March.

According to a BBC report, a new plan from some Tory MPs suggests ministers postpone Brexit until 23 May “to conclude negotiations”.

It is being suggested as an alternative to cross-party proposals, which would see MPs take control of the process.

The Dutch Prime Minister warned Mrs. May the UK was “sleepwalking into a no-deal scenario” and needed to “wake up”.

The pair met at a summit in Egypt, as she presses EU leaders for more concessions to her deal.

Mrs. May announced on Sunday that MPs will get a fresh vote on her deal by 12 March, vowing that leaving as planned 17 days later was “within their grasp”.

However many MPs had wanted another so-called “meaningful vote” sooner than that, and Labour leader Jeremy Corbyn suggested Mrs. May was “running down the clock” until a time when MPs were forced “to choose between her bad deal and a disastrous no deal”.

Mrs. May’s announcement also provoked disappointment among business leaders, who are clamouring for certainty about what is to come.

SVG willing to accept students from BVI, which was ravaged by Hurricane Irma