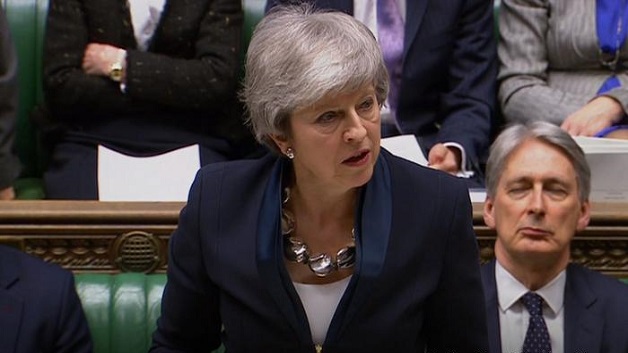 British Prime Minister, Theresa May has promised MPs a vote on delaying the UK’s departure from the EU or ruling out a no-deal Brexit, if they reject her deal next month.

Mrs. May made the statement to MPs on Brexit, amid the threat of a revolt by Remain-supporting ministers.

According to a report from the BBC, The prime minister promised MPs a meaningful vote on her Brexit deal by March 12th.

Labour leader Jeremy Corbyn accused the prime minister of trying to string the Brexit process out.

The prime minister said she will put her withdrawal agreement – including any changes she has agreed with the EU – to a meaningful vote on the 12th March.