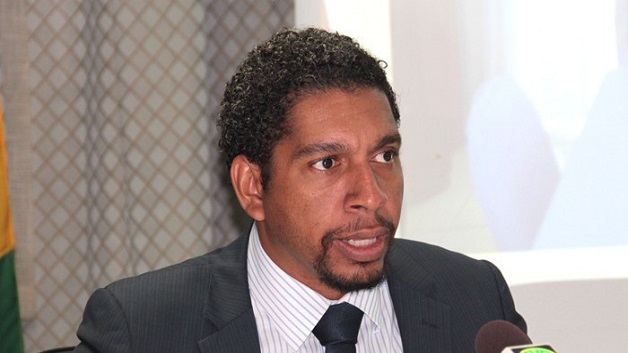 Work on the temporary Parliament building is progressing well says Minister of Finance Camillo Gonsalves. He was at the time debating on the Excise Tax Amendment Bill during the House of Assembly this week.

The Finance Minister said in his visit and consultation with the contractors for the temporary building over the weekend, he took note that they were in the process of installing the roof.

“It should please you to know Madame Speaker that the temporary Parliament building—although it won’t be ready for our budget debate—is progressing well. I was there over the weekend and the contractors are in the process of installing the roof, which I suspect will be more reliable than the roof under which we now operate,” Gonsalves said.

According to the Finance Minister, the temporary parliament building which is now under construction in the coastal town of Calliaqua will eventually be used as a student hostel.