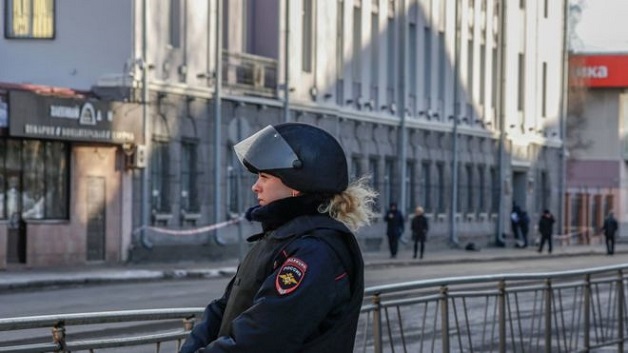 A 17-year-old has died of his wounds after bringing explosives to an office of Russia’s FSB federal security service in the north-western city of Arkhangelsk, officials say.

Three FSB employees were hurt when the explosives blew up just inside the building at around 9:00 a.m.

According to the BBC, a CCTV image of the suspect appeared on social media soon afterwards, along with a message he allegedly sent just before the blast.

Although the authenticity of the message posted on an anarchist chat group has not been confirmed, the user identifies himself as an anarchist -communist and claims the FSB “fabricates cases and tortures people”.

Russia’s anti-terrorism committee said, according to initial findings, the suspect was a 17-year-old local resident who had gone into the building and pulled out of his bag an “unidentified object that exploded in his hands”.