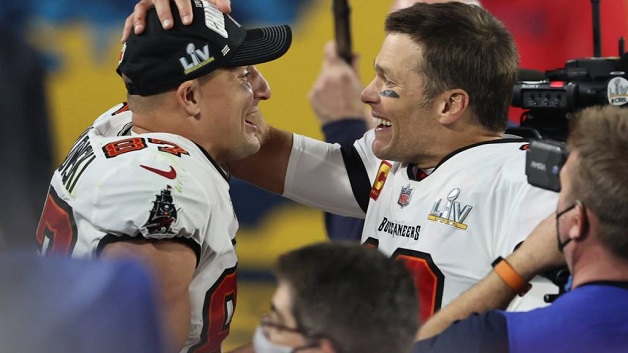 Tom Brady steered the Tampa Bay Buccaneers to a comfortable 31-9 victory over the Kansas City Chiefs to extend his record for Super Bowl wins to seven.

In his first season after a glittering 20-year spell with the New England Patriots, the evergreen quarterback helped Tampa Bay become the first team to play a Super Bowl in their own stadium.

And despite facing Kansas City and their dynamic young quarterback Patrick Mahomes, who came in as favorites, Brady threw three touchdown passes to prevent the Chiefs becoming the first back-to-back NFL champions since Brady and the Patriots in the 2004 season.

At 43 years and 188 days, Brady became the oldest player to play in the biggest game in US sport, extending his record for Super Bowl appearances to 10 and joining Peyton Manning as the only quarterbacks to win Super Bowls with two different teams.