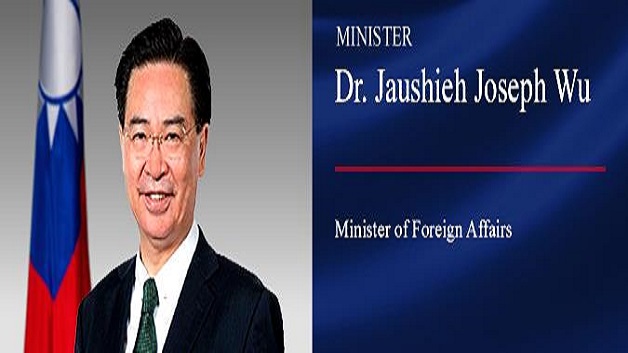 The Foreign Affairs Minister of the Republic of China on Taiwan, Dr. Jau-shieh Joseph Wu will present a cheque valued at US$300,000 to Prime Minister Dr. Ralph Gonsalves, at a ceremony at Cabinet Room later today during the Foreign Minister’s two-day official visit to the island.

The Taiwanese Minister who is on his official tour of the Caribbean is accompanied by his spouse along with other senior officials from the Ministry of Foreign Affairs of the Republic of China on Taiwan including the Director-General of the Department of Latin American and Caribbean Affairs, Ambassador Tah-Ray Yui.

This will be followed by a tour of the terminal building at the Argyle International Airport, which was funded by the Government of the Republic of China on Taiwan.

The Republic of China on Taiwan and St. Vincent and the Grenadines have a longstanding friendship since the countries established diplomatic ties on August 15, 1981. Since then, both countries have enjoyed fruitful relations in areas such as people-to-people exchanges, education, health, agriculture, infrastructure development and technical co-operation.

Over 100 workers to be laid off from Caribbean Broadcasting Corporation