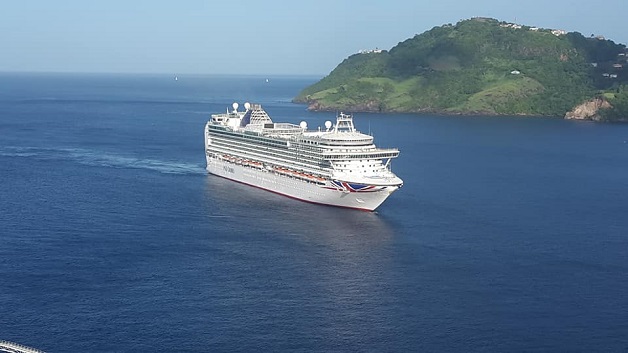 What is said to be a bountiful cruise season commenced yesterday when St. Vincent and the Grenadines welcomed the arrival of the cruise ship Azura.

Minister of Tourism, Sports and Culture, Cecil Mckie says that over the next six months several cruise lines will make close to 300 calls to port Kingstown and Bequia and he is optimistic that about the calls.

The Azura which carries some three thousand passengers and a crew of over 1000 is the first for the 2018-2019 season.

Minister Mckie said that the prediction is that this season will be better than last season because the second draft reflects 274 calls.

He added that he is looking forward to future calls which will run up to April next year.

Bravo and Rampaul deliver as West Indies defeat Sri Lanka in the second and...