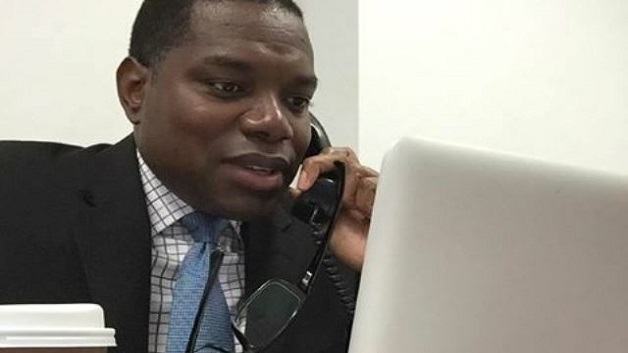 Counselor at the St. Vincent and the Grenadines Permanent Mission to the United Nations, Sehon Marshall, has been summoned forthwith to Kingstown, for consultations, following allegations of domestic abuse reportedly committed by him against his wife.

According to a New York Post article on Friday November 24, 2017, the abuse was allegedly directed at his wife, Xandra Marshall, who was recently appointed to work at the SVG US consulate.

Among other things, the report alleges that during a verbal altercation at their New York home, “Marshall struck the woman with a closed fist, leaving her with a bloody lip”.

Dr. Gonsalves said he was informed of the matter on Friday and subsequently had consultations with Minister of Foreign Affairs-Sir Louis Straker, Rhonda King-the Permanent Representative of St. Vincent and the Grenadines to the United Nations, Howie Prince -SVG US consul general, as well as with Mr. Marshall and his wife.

He said that based on the information gathered from those consultations, the government has a mature understanding on the matter.

The Prime Minister said the government takes a strong stance against domestic violence.

Prime Minister Gonsalves said “the government is treating this matter with utmost seriousness” and is considering all necessary legal options in this matter.

He further noted that both Sehon and Xandra have been informed not to report for work until further notice, from the capital, that is, from Kingstown.