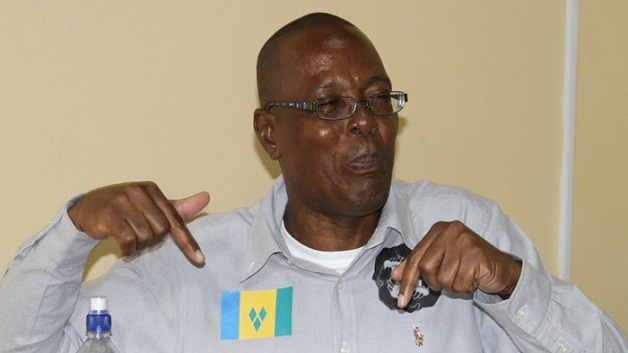 The membership of the SVG Teachers Union (SVGTU) is demanding that the government “pays Otto Sam”.

Mr. Sam is a former president of the union who was illegally transferred from his post as principal and assigned to the national Emergency Management Organization (NEMO) following a disagreement with the Ministry of Education. He was later fired purportedly for penning a letter to the press critical of NEMO.

The SVGTU took the government to court to contest the issues of his transfer and termination and judgment was handed down in Sam’s favour on both issues.

The court further ordered that Otto Sam be compensated. But according to a release from the Union, to date, the government has refused to pay Brother Sam the judgment.

At a general meeting held at the Thomas Saunders Secondary School on Wednesday November 15, 2017, the members of the SVG Teachers Union present unanimously mandated the union’s executive to initiate all action necessary to bring public attention to the issue and to put pressure on the government to obey the court’s decision.

The Meeting further resolved in favour of a motion for a Medical Fund to be set up to assist members who have critical illnesses with their medical bills.

The Annual General Meeting also decided to press the government to get the Caribbean Examination Council (CXC) to remunerate teachers for assessing School Based Assessments (SBAs).

The Poor and Elderly to receive an additional 25 dollars in public assistance from...