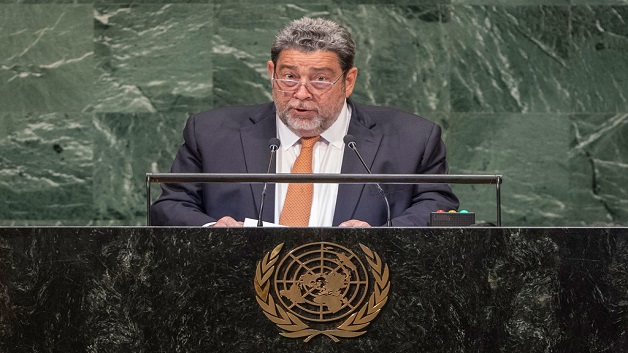 St. Vincent and the Grenadines is preparing to take up duties, as a non-permanent member of the United Nations Security Council, after being elected as one of five members, last Friday June 7th.

This country secured 185 of the possible 191 votes, while 6 went to El Salvador as they announced a last minute bid.

St. Vincent and the Grenadines is the second CARICOM country, to sit on the Security Council – since Jamaica’s 2000 to 2001 term and is the smallest country to be elected to serve on the council, which is charged with ensuring International Peace and Security.

Following the historic vote, a welcome reception was held at the Argyle International Airport on Sunday, for Prime Minister Dr. Ralph Gonsalves and his UN delegation on their return from New York.