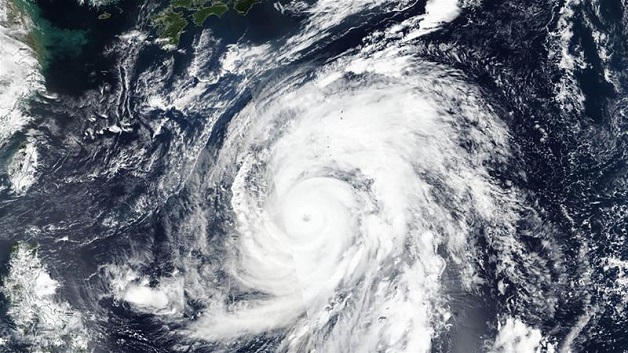 Japan is bracing for a super typhoon on track to hit its central and eastern regions over the three-day weekend with potential damage from torrential rains and strong winds.

According to Aljazeera News – Typhoon Hagibis has already caused cancellations of two Rugby World Cup matches that were to be played on Saturday.

Organisers cancelled the England-France match planned in Yokohama, near Tokyo, and New Zealand-Italy game in Toyota, in central Japan and also called off a marathon in Sendai and other northern coastal towns. Formula One auto racing in Suzuka in central Japan may also be affected.

Hagibis, which means “speed” in Filipino, had maximum sustained winds of up to 270 kilometres (168 miles) and stronger gusts at noon on Thursday near Chichi island in the Pacific, about 1,000 kilometres (620 miles) off Tokyo’s southern coast.

It was moving north at the speed of 20km an hour (12mph) and is expected to weaken over the cooler waters as it nears Japan’s main island.

It is the equivalent of a Category 5 hurricane.

NDP advocating for investors to team up with locals to help push economic development...