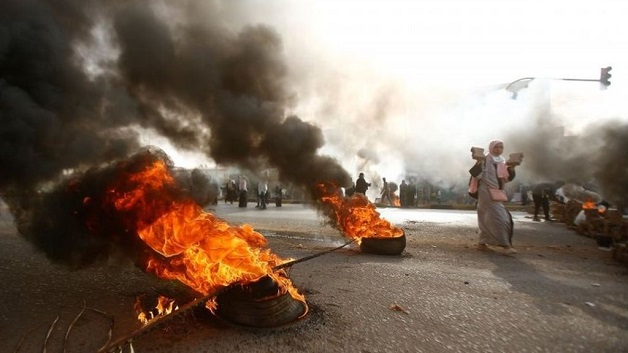 Sudanese security forces have attacked a pro-democracy protest outside the military headquarters in the capital, Khartoum, activists say.

Gunfire has been heard, and medical sources say at least 13 people were killed and dozens others injured.

Sudan has been governed by a Transitional Military Council (TMC) since President Omar al-Bashir was overthrown in a coup in April.

The council later denied using force to break up the main protest site.

“Sudanese forces did not disperse the sit-in outside the army headquarters by force, but rather targeted a nearby area which has become a threat to the safety of citizens,” TMC spokesman Lt Gen Shams al-Din Kabbashi told UAE-based Sky News Arabia TV channel.

Protesters have been demanding that a civilian government take over the running of the country.