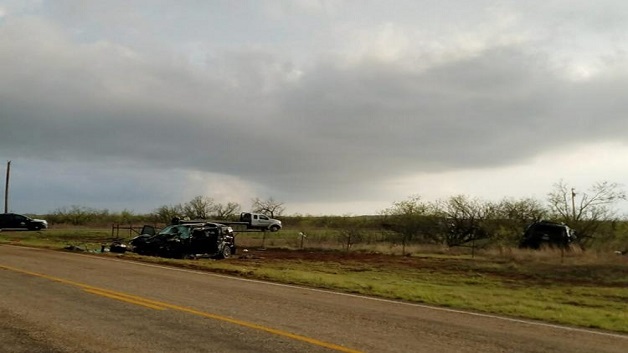 Three storm chasers, including two contractors for The Weather Channel, were killed when their vehicles collided while tracking a tornado on a rural road in west Texas yesterday, US authorities said.

According to Sergeant John Gonzalez of the Texas Department of Public Safety said the incident happened when a black Chevrolet Suburban driven by Weather Channel contractor, 57 year old, Kelley Gene Williamson, with his colleague, Randall Delane Yarnall, age 55, in the passenger seat, ran through a stop sign and collided with a Jeep driven by 25 year old, Corbin Lee Jaeger.

According to the New York Daily News, the state Department of Public Safety stated that the impact threw Williamson, who was not wearing a seatbelt, from the vehicle. All three were killed instantly in the wreck.

Cops said weather was not a factor in the collision.