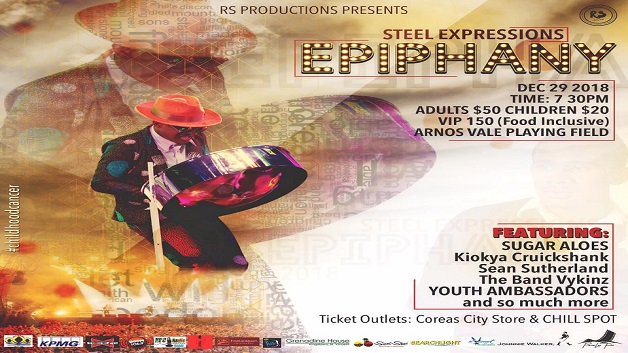 Delivering remarks on Tuesday November 27, at a media launch held at the Grenadine House, Executive Producer and Artistic Director of Steel Expressions, Rodney Small, said this year they are taking a modernized approach to the production.

He said proceeds from this year’s event will go to the St. Vincent and the Grenadines Medical Association to assist in the fight against childhood cancers.

Meanwhile, Marlon Joseph, Hospitality Officer at the SVG Tourism Authority said he believes the Steel Expressions show has positively affected the way culture is consumed in St. Vincent and the Grenadines and has also helped to enhance appreciation for the steel pan.

Mr. Joseph said the Tourism Authority is pleased to be associated with Steel Expressions and pledged their continued support toward the staging of this show.

Scotland knocked out after Zimbabwe loss, as the World Twenty20 continues