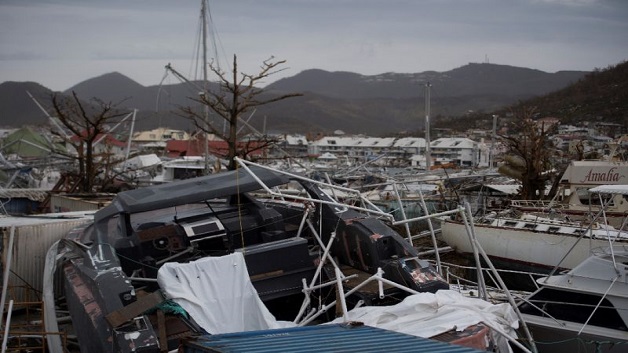 People on the islands of Saint Martin and Saint Barts yesterday contemplated the task of rebuilding their lives after Hurricane Irma destroyed homes and roads and knocked out power and water.

The monster storm ripped through the two islands, leaving most of the 80,000 inhabitants homeless and causing crippling shortages of essentials.

Some 70 percent of the infrastructure on the Dutch side, which is known as Saint Maarten, has been destroyed, officials say.

Four people are now known to have died there, Dutch Prime Minister Mark Rutte said yesterday, raising the death toll there from two. But he added there had been “no new damage” caused by Hurricane Jose, which skirted the islands far to the north late on Saturday.

France said 10 people had died on its side of the island.

The new deaths reported on Saint Maarten bring Irma’s overall death toll in the Caribbean to 37, including 10 in the British and US Virgin Islands, two in Puerto Rico, 10 in Cuba and one in Barbuda.

Both France and the Netherlands are rushing in logistical support, as well as hundreds of extra police to tackle looting. Mental health experts point to long-term emotional scars from Irma.

Vincentians to receive scholarships from Chile and Japan