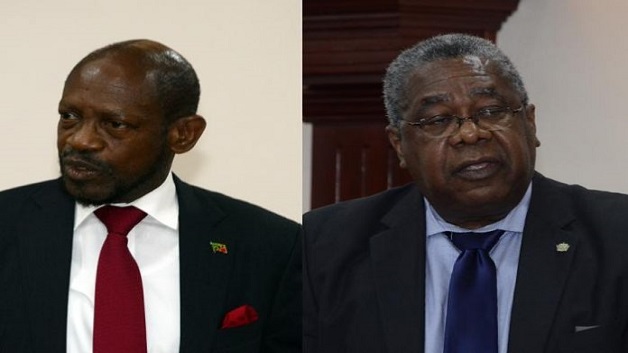 St. Kitts and Nevis Opposition Leader Dr. Denzil Douglas will head to the High Court on Monday, February 26, 2018, where he will defend his eligibility to serve as a Member of Parliament while being the holder of a diplomatic passport issued by Dominica, which identifies his nationality as Dominican.

This follows the move by the Office of the Attorney General to file a fixed date claim form in the High Court Registry on Monday, January 22, 2018.

The fixed date claim form, No. 8 of 2018, was filed pursuant to Section 36 of the Constitution of St. Christopher (St. Kitts) and Nevis and Section 12 of the National Assembly Elections Act as a matter between the Attorney General of St. Christopher and Nevis (the claimant) and Dr. Denzil Douglas (defendant).

Through the application, the attorney general, Vincent Byron, is seeking a declaration from the High Court that, since the election to the National Assembly on February 16, 2015, Douglas became disqualified from being elected as a member of the National Assembly and was accordingly required to vacate his seat in the National Assembly by reason of his becoming a person who, by virtue of his own act, is in accordance with the law of Dominica, under an acknowledgment of allegiance, obedience or adherence to a foreign power or state, namely, Dominica.

During a press conference last Thursday, Prime Minister Dr. Timothy Harris stated that this is a matter of grave constitutional, political and Parliamentary significance to the Commonwealth family.

Douglas is represented by senior counsel Anthony Astaphan, who confirmed that Douglas intends to produce documentary evidence in relation to the matter.

Tiger Woods pleads not guilty to driving under the Influence charges

Over 46,000 EC dollars pledged in support for persons in islands ravaged recently by...

Hundreds march in Sudan to honour ‘martyrs’ of protests