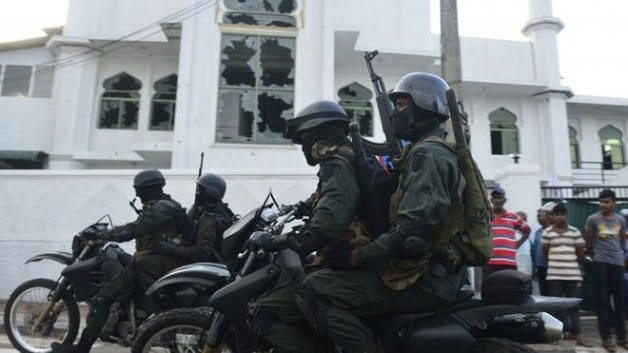 Sri Lanka has imposed a nationwide curfew for the second night in a row after a wave of anti-Muslim violence in the wake of the Easter bombings.

A Muslim man was stabbed to death while rioters set fires to Muslim-owned shops and vandalized mosques during Monday’s attacks.

Police have arrested 60 people, including the leader of a far-right Buddhist group.

According to the BBC, the United Nations has called for calm and a “rejection of hate”.

A nationwide curfew, declared for the second night running, will come into effect at 21:00 (15:30 GMT) on Tuesday.

The country’s North-Western province, where the worst violence flared, will be shut down for longer, police said.

Rioting there, north of the capital Colombo, saw police fire bullets into the air to disperse mobs looting through several towns.

Government of Grenada spent Millions on importation of beef and pork

St. Vincent and the Grenadines once again calls for Taiwan’s inclusion as a member...