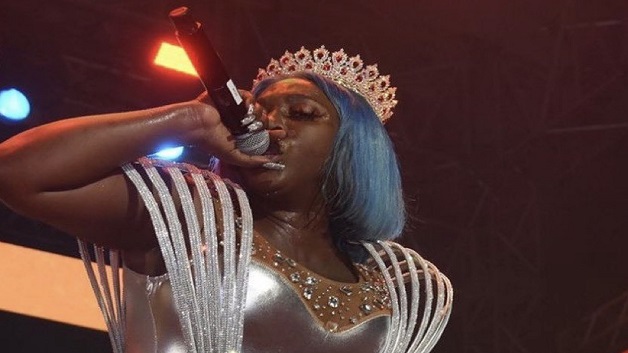 Spice is no longer a self-proclaimed Queen of Dancehall. In the wee hours of Saturday, July 23, 2022–at Reggae Sumfest’s Festival Night One—she was crowned Queen of the genre by DownSound CEO Josef Bogdanovich, after she announced that her sophomore album will be released next month.

Spice, whose given name is Grace Hamilton has officially dethroned Marion Hall—who formerly operated under the moniker Lady Saw until her conversion to Christianity in 2015. Saw was crowned in October 2012.

Her son, Nicholas joined in on stage to share in the remarkable moment and was even seen wiping a couple of tears of joy.

Now an independent artist, Spice also announced that her second album, Emancipated, will be released on August 19 by UnitedMasters. The name, she says, signifies her separation from VP Records after 10 tumultuous years.

Clap Clap, the first single from the project, was released yesterday (July 22) under her label, Spice Official ENT.