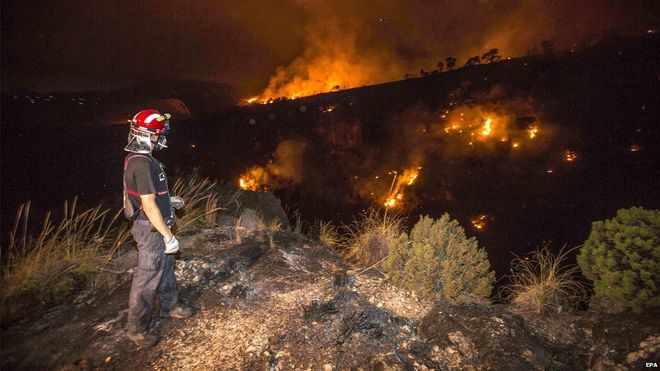 Fires burned overnight in several areas of Spain where Wildfires have forced more than 1,400 people to leave their homes in western Spain as dry, hot conditions spark warnings in other European countries.

Towns and campsites have been evacuated as planes and helicopters help to tackle the blaze in Spain’s Sierra de Gata mountain area.

Meanwhile Germany is facing its hottest temperatures on record.