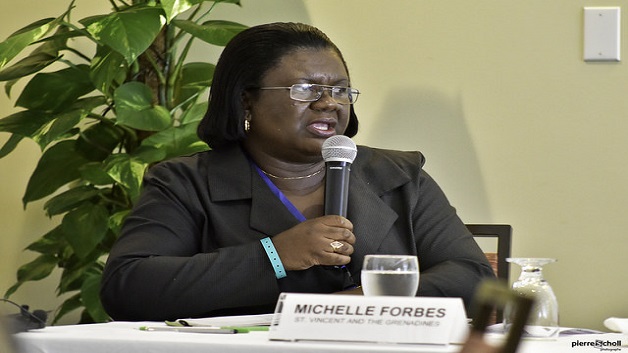 All government agencies and non-essential services in the Southern Grenadines Islands of Union Island, Mayreau, and Canouan have been placed on shut down, due to the impending approach of Tropical Storm Don.

This was announced by Michelle Forbes, Acting Director of the National Emergency Management Organization (NEMO).

Ms. Forbes said the shut down for the Southern Grenadines took effect at 2:00pm today July 17, 2017.

According to the Meteorological Office, Tropical Storm Don is moving towards the west at 20 miles per hour and this motion is expected to continue during the next 24 hours.

Maximum sustained winds decreased to 40 miles per hour with higher gust. Storm force winds extend outward up to 35miles from the center. The estimated minimum central pressure is 1011 millibars…29.86 inches.

On its present track the center of tropical storm Don is expected to pass near the Southern Grenadines islands tonight into early tomorrow.

Cumberland Bridge in Spring Village to be opened