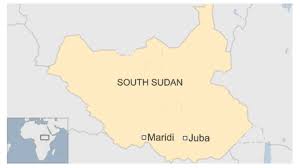 At least 170 people have been killed and 50 injured after an oil tanker exploded in South Sudan.

The tanker was travelling from the capital Juba and was close to Maridi, some 155 miles away, when it came off the road and overturned.

Maridi county commissioner Wilson Thomas Yanga told the BBC that while the driver went to the nearest town to get help, local residents had descended on the tanker to collect up some of the petrol it contained.

He said it was not yet clear what caused the explosion.

Prime Minister Gonsalves says the government has distributed 100 million dollars worth of land...