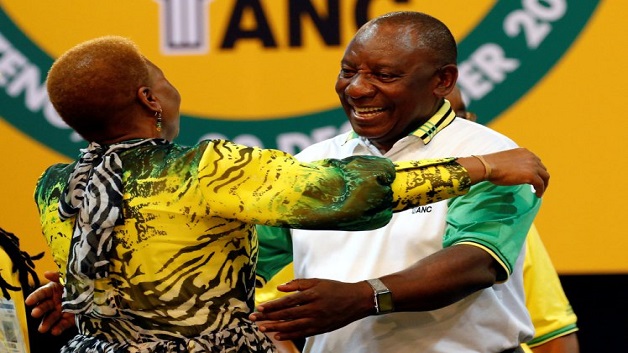 Mr. Ramaphosa is in a strong position to become president in 2019 polls.

He defeated Ms. Dlamini-Zuma by 2,440 votes to 2,261, an ANC spokesperson announced, according to a BBC News report.

The 65 year old Mr. Ramaphosa has spoken out strongly against state corruption and has the backing of the business community.

Ms Dlamini-Zuma, age 68, had been critical of the enduring power of white-owned businesses and had pledged to tackle what she said was continued racial inequality.