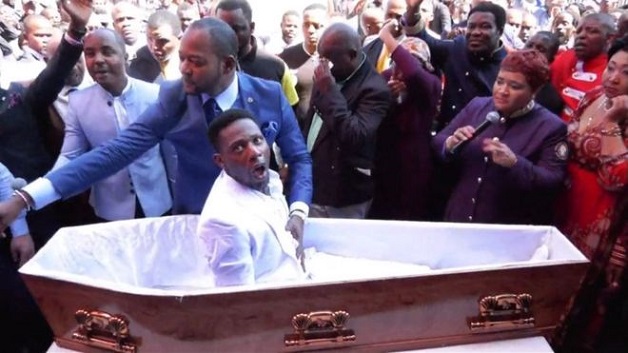 A group of funeral directors in South Africa say they will sue a self-styled prophet who claims to have resurrected a dead man.

A viral video of Pastor Alph Lukau shows him shouting “rise up” to a man lying down in a coffin who then jerks upright to cheers from worshippers.

According to the BBC, the funeral companies say they were manipulated into being involved.

The spectacle, seen outside Pastor Lukau’s church near Johannesburg, has been ridiculed and condemned by many.

The Commission for the Promotion and Protection of Cultural, Religious and Linguistic Communities said that they are made up to try to get money from the hopelessness of the people.

Republic bank opens its doors in St. Vincent & the Grenadines