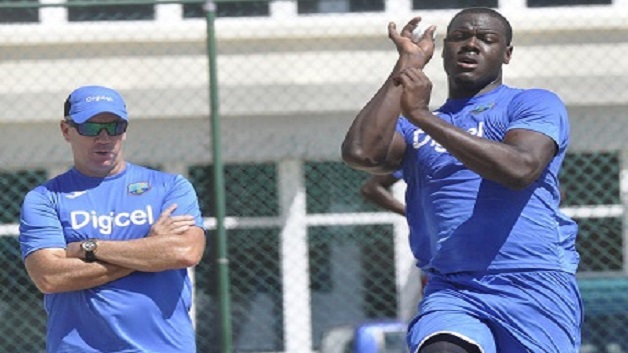 West Indies head coach Stuart Law says the regional side will have to raise their game and play “smarter” cricket if they are to get the better of Pakistan in the three-match one-day series starting in Guyana on Friday.

The hosts are coming off an emphatic 3-1 loss to Pakistan in the preceding four-match Twenty20 International series and find themselves under pressure ahead of the one-day rubber.

Law said it was important that West Indies did not attempt to simply use “brute force” in the upcoming rubber, especially bearing in mind the venue.

West Indies have made two changes to the 13-man squad that suffered a 3-NIL whitewash to England last month, bringing in Chadwick Walton and Miguel Cummins for Carlos Braithwaite and Kraigg Braithwaite.

Law said he expected the new additions to the squad to display their skills throughout the series.

West Indies clash with Pakistan in the second ODI on Sunday, with the third game set for next Tuesday, both at the Guyana National Stadium.

Two arrested and charged for theft

SVG’s Government, seeks to attract additional investment from the UAE