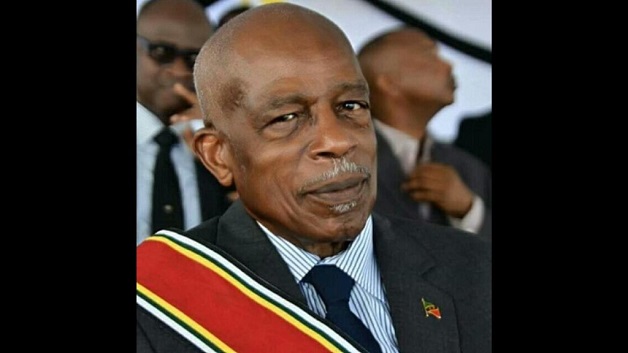 St Kitts-Nevis National hero, Sir Kennedy Simmonds has called for the removal of Prime Minister Dr Timothy Harris from office, saying that he is not good for democracy and the twin-island federation.

In an unprecedented address to the nation broadcast on the state-owned ZIZ Network, Sir Kennedy, a former prime minister, said Harris, who is among candidates contesting the August 5 general election, must be removed because “he has proven that he cannot be trusted”.

Sir Kennedy, who served as the first St. Kitts-Nevis prime minister in 1983, said that the Federation “is sinking into a crisis of morality in the midst of a rampant and self-seeking dictatorship” amidst “a political nightmare of nepotism and greed”.

The former leader of the People’s Action Movement (PAM) reminded the nation that he seldom makes political statements since his retirement in 1995 but that “the current state of affairs in my country has forced me to break my tradition and I can no longer remain silent”.

He accused Harris, who is leading his People’s Labour Party (PLP) into the general election of “trying to corrupt the electoral process and steal and buy the elections.