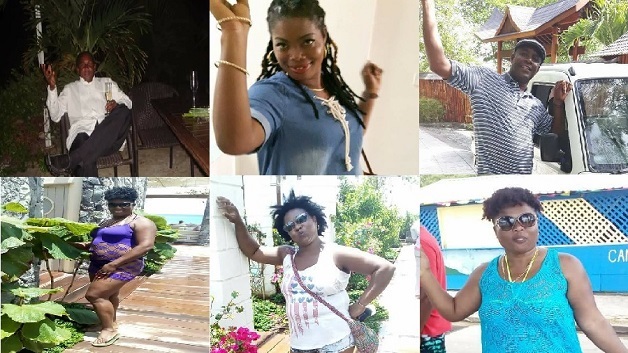 As the Royal St.Vincent and the Grenadines Police Force Coast Guard continues its search for a missing vessel and six persons, it must be noted that up to this point contrary to what is being circulated on social media, no part of the vessel, debris or any of the missing persons has been found.

The vessel called, Midnight Shadow, encountered distress while travelling from Canouan to Mustique on Sunday, June 4, close to 5pm.

Onboard the missing vessel were Montgomery Hazel, age 56 of Chauncey who was Captain of the vessel; Claudia Williams, age 43; Ned Dasouza, age 46, Charmaine Dasouza, age 38, and Sharon Simmons, age 43, of Richland Park; and Josianne John of Murray’s Village.

According to Police, on Sunday, at about 5: 52pm, the Coast Guard received information from the Mustique Company Limited Security that the vessel was in distress, but, the location of the vessel was unknown.

The Coast Guard activated its search and rescue plans and since the search commenced a wide search area has been conducted between Mustique and Canouan.

The Coast Guard in its search has been assisted with aerial support from the Regional Security System, Mustique Airways and Mr. Kelly Glass. It has also reached out to its regional counterparts for assistance and a contingent from Curacao was to join the search, on Tuesday.