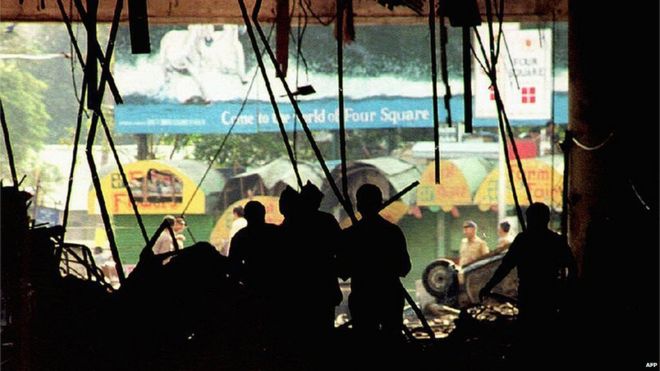 The blasts in India’s financial capital killed 257 people and wounded 713.

A court in India’s western Mumbai city has found six men guilty for their roles in the 1993 serial bomb blasts.

They include Abu Salem who fled India after the bombings and was extradited from Portugal in 2005.

The explosions killed 257 people, and were allegedly to avenge the killing of Muslims in riots a few months earlier.

The blasts targeted a dozen sites, including the Bombay Stock Exchange, the offices of national carrier Air India and a luxury hotel.

Today’s convictions were the second leg of a trial that took almost a quarter of a century to complete.

Seven men were arrested between 2003 and 2010 and were tried separately as they were arrested towards the end of the previous trial.

A court found six of them guilty of criminal conspiracy and murder. One man was acquitted.

Tropical Storm Watch in effect for St. Vincent and the Grenadines