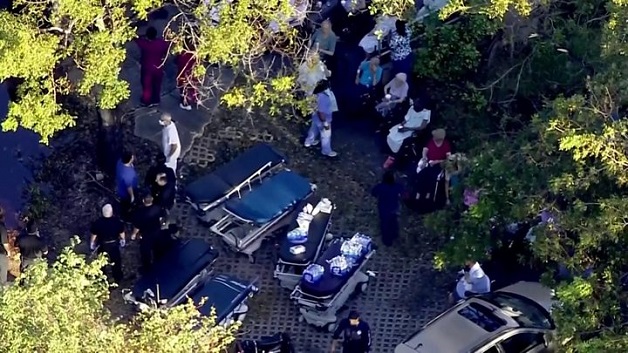 Six people at a Florida nursing home that was left without power for days after Hurricane Irma have died.

Police evacuated 115 residents today from the facility, whose air conditioning was cut by the storm.

According to BBC News, Broward County Mayor Barbara Sharief said three were found dead at the nursing home in the city of Hollywood. Three others died upon reaching hospital.

Ten million people are still without power in Florida, Georgia and the Carolinas after Hurricane Irma.

The storm – which has claimed more than two dozen lives in the US – struck southwestern Florida on Sunday morning as a category four hurricane before weakening to a tropical depression on Monday.

Irma earlier left a trail of destruction in the Caribbean, where nearly 40 people were killed.